Wedding photography is important. You’re shooting potentially the most important day of someone’s life. If it’s a paid gig then it commands a premium and the couple may well be demanding about everything they want, and yet, you have a remarkable amount of freedom on the day itself, as the couple will be attending to each other and their guests, trusting you to get the best shots to document the most special of occasions. Wedding photography can have a tendency to be bride-centric, but what if you’re asked to do a groomsmen shoot?

One idea that’s right on trend just now is poker.

Around 60 million people in the US play poker, and it’s still mostly a male pastime. Poker has long been seen as a night for the boys; a chance to kick back away from the ladies, have a few cigars. However, these days most poker is played solo, through mobile apps and websites. And when people do play poker with friends, they still tend to do so through digital platforms. This has no doubt been exacerbated by the pandemic, so the chance for a group get-together with a couple of drinks should prove persuasive to even the most camera-shy sitter.

The beauty of poker as a theme is it lends itself to almost any setting. If you’re doing the groomsmen shoot on the day itself, then everyone’s dressed up and some black and white shots can give a vintage, Rat Pack-ish feel. Another advantage of poker as a theme is that the props involved are small and portable – if you’ve got access to a table, some cards and chips, you’re good to go.

If the shoot is beforehand and the groom wants to go casual, shoot him and his boys in a man cave for a relaxed atmosphere. Texan wedding? Get them round a table in the local bar in their hats and cowboy boots, add some sepia filters and you’re back in the Old West. With so many ways to play poker on computers, tablets and phones these days, there’s something refreshingly old school about a group of guys and a pile of chips. A live game will encourage your sitters to act naturally, which should let you hover round the table getting some good candid shots. By the same token, if they want to ham it up a bit with the poses, then poker’s longstanding association with Vegas – and Vegas’ longstanding association with bachelor parties – means those shots won’t feel out of place either.

Good portraiture and good group shots are much easier to do when sitters are at their ease. As Jim Harmer notes, letting the group unfold naturally can stop having to continually pose multiple subjects and ending up with stilted looking pictures. If someone really doesn’t want to pose, take a close up card shot for him and get him on the candid shots later. Because the theme is so open – can there be booze on the table? By all means. You need your signed Blackhawks jersey that’s up on the wall in the background? Sure… You can make a lot of potential wins fairly easily. And if you get thrown a wild card (she wants you all dressed as what?…. ok, that could work…) then you can still make a decent fist of playing the hand you’re dealt. 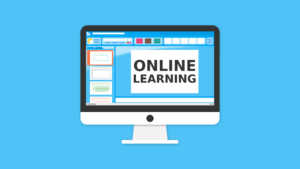 The Importance Of E-Learning In Virtual Education